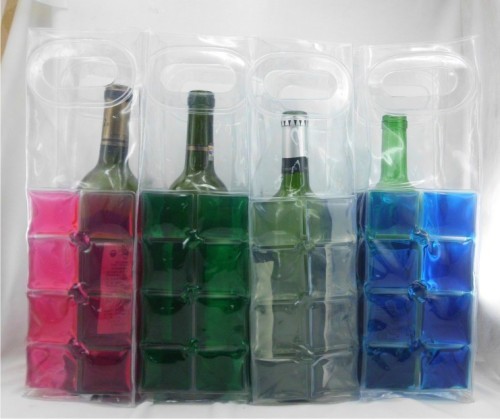 A wine cooler is an alcoholic beverage made from wine and fruit juice, often in combination with a carbonated beverage and sugar.
Traditionally home-made, wine coolers have been bottled and sold by commercial distributors since the early 1980s, especially in areas where their lower alcohol content causes them to come under less restrictive laws than wine itself. Because most of the flavor in the wine is obscured by the fruit and sugar, the wine used in wine coolers tends to be of the cheapest available grade. Since January 1991 when United States Congress quintupled the excise tax on wine, most producers of wine coolers dropped wine from the mix, substituting it with cheaper malt. These malt-based coolers, while sometimes referred to as "wine coolers," are in a different category of beverage - sometimes called "malt beverage," "malternative," or just "cooler." Bartles & Jaymes refers to their malt beverage as a "flavored malt cooler".
In Germany, however, wine coolers became popular in 2004, when the German Government imposed an extra duty on alcopops (pre-mixed spirits) of 0.80 to 0.90 euro per bottle effective August 1, 2004. To circumvent higher taxation, some German producers have switched to wine coolers, which are being marketed in the same way as alcopops.

Contact Us
Welcome! We specialise in Hot/Cold Products, Wine Chiller, n many others healthcare products!
Contact Us